From the late 1970s onwards the University of Siena has fostered a systematic programme of landscape and archaeological investigation within large parts of southern Tuscany, including the Rusellae study area. As a result the area now has a substantial database and GIS, developed mainly through the examination and analysis of the relevant archaeological and ancient literature, documentary and epigraphic sources, place-name evidence and systematic field-walking survey and aerial survey, along excavations on various sites and scales.

Despite this we have to acknowledge that many important archaeological questions still remain unresolved. For instance, within Tuscany and other intensively studied parts of Italy such as Puglia and Lazio, between 90% and 95% of the evidence so far recovered relates to the time span from the 6th century BC to the 6th century AD. Prehistory, the Iron Age and the Middle Ages are therefore poorly represented within our present record. Moreover, if we look again at the 1:100,000 distribution map in Figure 2 and switch instead to the 1:10,000 representation of the same data in Figure 3 it is easy to appreciate how the ‘empty spaces’ predominate. 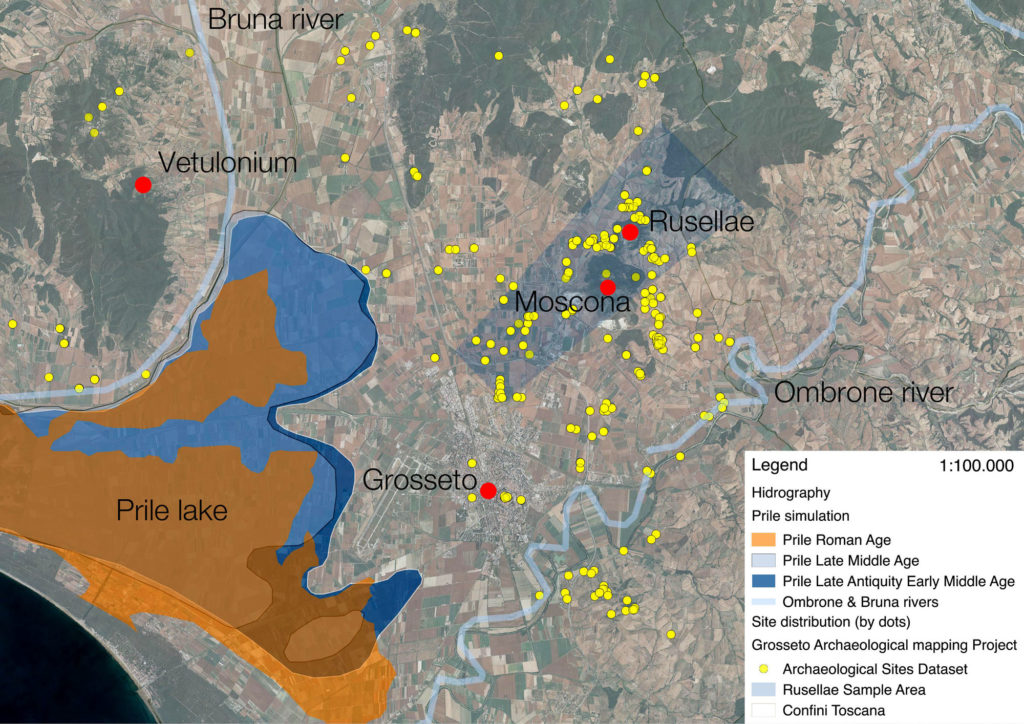