In the Mediterranean area surface collection survey is considered one of the most fruitful methods for the discovery and characterisation of archaeological sites and deposits. Archaeologists have always used the collection of surface material as a means of identifying the chronological and topographical characteristics of a site prior to excavation. For many decades now, however, surface collection has gone beyond this simple pre-excavation function, serving also for the survey of wider areas defined by geographical or cultural boundaries or related to random or mathematically-based sampling strategies. Following definition of the search area and the choice between total or sample coverage, the fieldwork is placed in train.

Systematic survey requires the field-workers to walk at predetermined distances from one another across the ploughed area. The archaeologist’s task is to examine and document the area for the presence of smaller or larger concentrations of archaeological material brought to the surface by the plough.

Surface collection has assumed a significant role following the demonstration in regional studies of its capacity to identify, primarily, settlement areas.

Surface collection, however, suffers from significant limitations, including its inefficacy in identifying ancient field patterns, communication systems and other aspects of the landscape’s infrastructure. Moreover, there are often difficulties in presenting or discussing the method’s results in quantitative terms. Controversy also surrounds the representativeness of the results. The relationship between the evidence present on the surface and that buried beneath the soil is undoubtedly complex, with a host of variations from site to site. 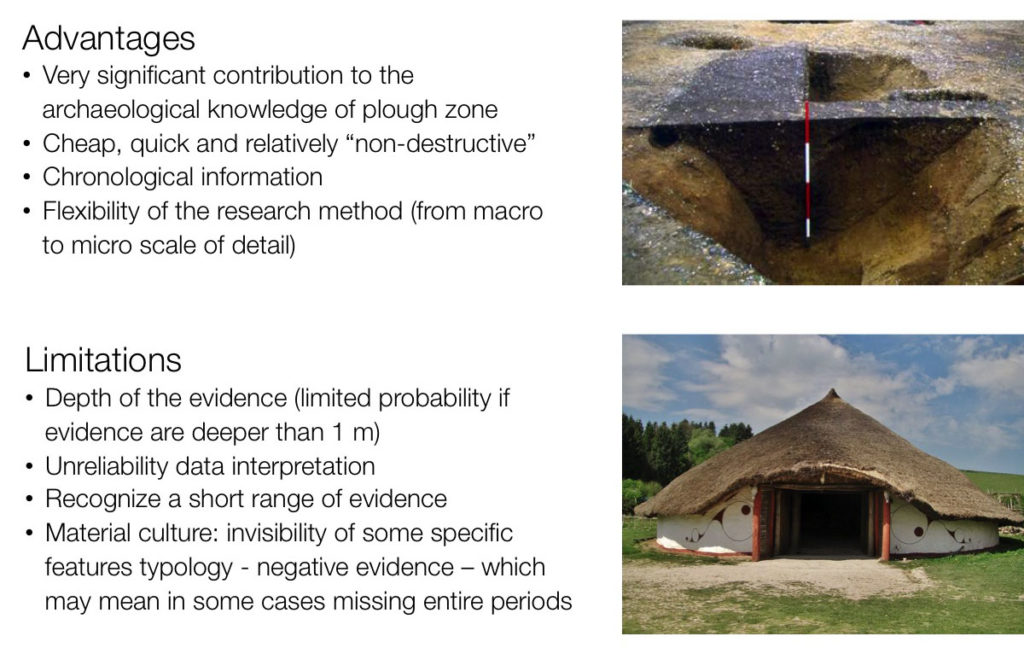 The results are perhaps more trustworthy in the case of long-term projects which are structured to provide repeated survey of the same areas. In addition to variations in visibility from one year to another repetition allows the survey to be repeated with a different group of field-workers, thereby reducing or offsetting the possible of bias or differing ability in one group compared with another. In essence, however, the method still has its limitations, and it is always advisable to combine it with aerial survey and/or geophysical prospection of the whole or sample parts of the study area as a basis for test excavation to establish chronological or functional relationships more precisely.

As a final remark field walking and artifact collection ought to be considered as a fundamental research method within the Mediterranean environment but nowadays it is mandatory to integrate it with other research methods (traditional sources of information, remote sensing, archaeometry, etc)

Within the sample areas currently under study field walking surveys have been implemented at different times, from different research teams and therefore applying different methods and research intensities. Detailed explanations have been reported sample by sample.