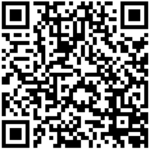 Stefano Campana comes from Switzerland originally but has been working for the past fifteen years at the University of Siena in Italy. He is one of Italy’s most active and inventive archaeologists, specializing in landscape archaeology, remote sensing and archaeological methodology for purposes of research, recording and conservation.

His work is focused on the understanding of past landscapes from prehistory to the present day. The principal context for his work has been Tuscany but he has also participated in and led research work in the UK, Spain, Turkey, Palestine, Iraq and Asia.

Since 2006 he has been a faculty member of the University of Siena (Italy), in the Department of History and Cultural Heritage, where he has engaged in teaching and research as Senior Lecturer in Ancient Topography.

He has established a reputation as an international authority in the field of landscape archaeology. In particular, he has contributed at national and international level to develop a methodology for the holistic study of archaeological landscapes and has introduced new approaches to Mediterranean archaeology, particularly aerial survey and oblique photography, mobile GIS standards, large-scale continuous geophysics, lidar and a new UAV-based pipeline for 4D documentation of archaeological excavation and historical building. Moreover, his activity has had a major impact also in commercial archaeology thanks to the innovative archaeological impact assessment methodology that he implemented on the Brescia, Bergamo, and Milan motorway. He has also being involved in the development of new approaches to the study of late antiquity and the early Middle Ages implementing integrated archaeometric analysis (geo-archaeology, bio-archaeology, palaeo-pathology) on the archaeological excavation of the Pava Early-Christian church and cemetery. This project has had considerable influence on the understanding of late antiquity and the early Middle Ages in Italy.

He has been very active in the international sphere and has established a sound reputation for innovative research and the rapid publication of books and articles in national and international journals and in the conference proceedings for meetings in which he has been involved as chairman and invited speaker. In 2011 he was proposed and admitted as a Fellow of the Society of Antiquaries of London (FSA) and in 2012 he was invited to be a member of the General Management Board of HIST, the Governing Board of the International Centre on Space Technologies for Natural and Cultural Heritage, under the auspices of UNESCO and the Chinese Academy of Sciences.

From July 2014 to June 2016 he became Senior Research Fellow at the University of Cambridge (UK), Faculty of Classics running the Epmtyscapes projet.