Although magnetic survey has almost been completed, with just two fields yet to be surveyed, the search for a better understanding of the environmental context is still ongoing. However, it is possible at this stage to present a first interpretation of the magnetic data within the framework of current understanding of the site provided by the longstanding research work described above.

As at February 2016 a total of 169.7 ha of magnetic measurements have been collected within the city of Veii. The interpretation work is still ongoing but has been based up to this stage on the identification of 1886 archaeological and other features. To give an idea of the potential of buried archaeology, within our interpretation 564 features were classified as buildings or part of them.

To achieve a good understanding of such a highly stratified context requires a strictly systematic approach and above all a well-defined starting point. 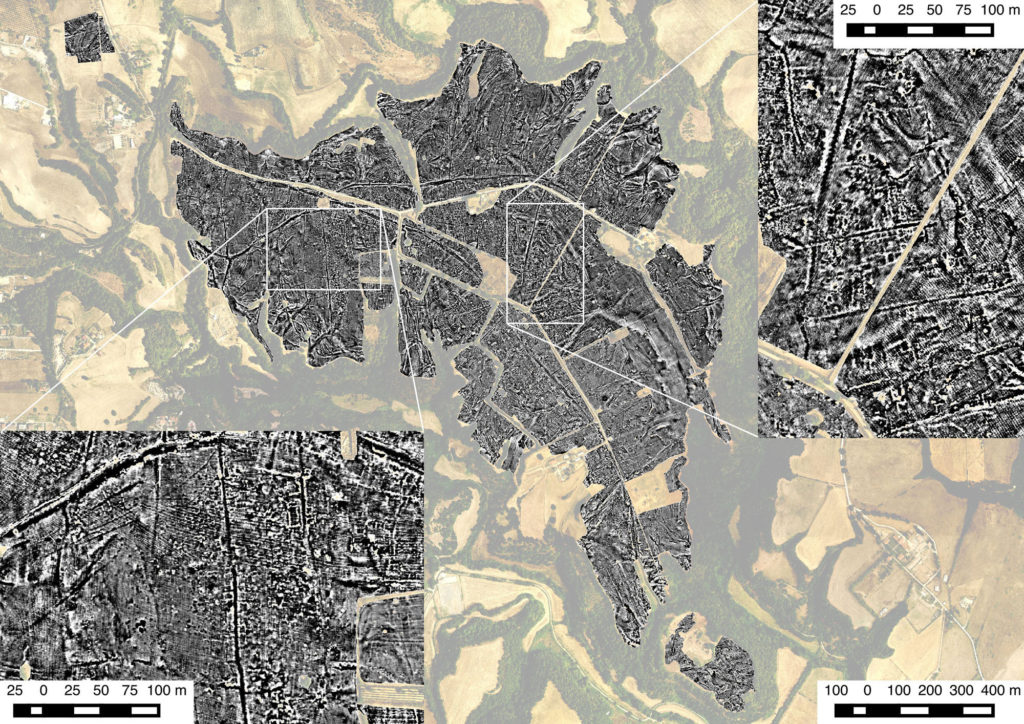