It has been already argued that this region is among the most intensively studied areas within the Mediterranean.

This realisation raises a crucial question: what are we missing? The answer is before our very eyes: the landscape and its transformations across time.

In an attempt to answer the conundrum of the ‘empty phases’ and to fill what at present appear to be ‘empty spaces’, the Emptyscapes project has been making an intensive study of a sample transect of the landscape between Grosseto and Rusellae, so as to explore some key questions relating to the three major cities of Rusellae, Grosseto and Vetulonium: for instance the urbanisation of the Etruscan cities and in particular their relationship with the surrounding countryside, the Romanization of the cities and the landscape, the process of Christianisation and finally the impact on settlement, society and economy of the end of the Antiquity and the beginning of the Middle Ages.

In the attempt to improve our understanding of the sample area we have so far collected around 400 ha of geophysical survey (370 ha of magnetic and 30 ha of resistivity data); from as long ago as 2001 we have been undertaking exploratory aerial survey in the area and more recently we have commenced fieldwork with the purpose of collecting archaeological, geo-archaeological and bio-archaeological evidence within the chosen transect.

After this amount of scientific effort have we in fact answered our research questions? Which new scenarios have been opened up? Which new questions are we now able to ask? Has our understanding of archaeological and landscape transformations within the sample area been substantially improved? 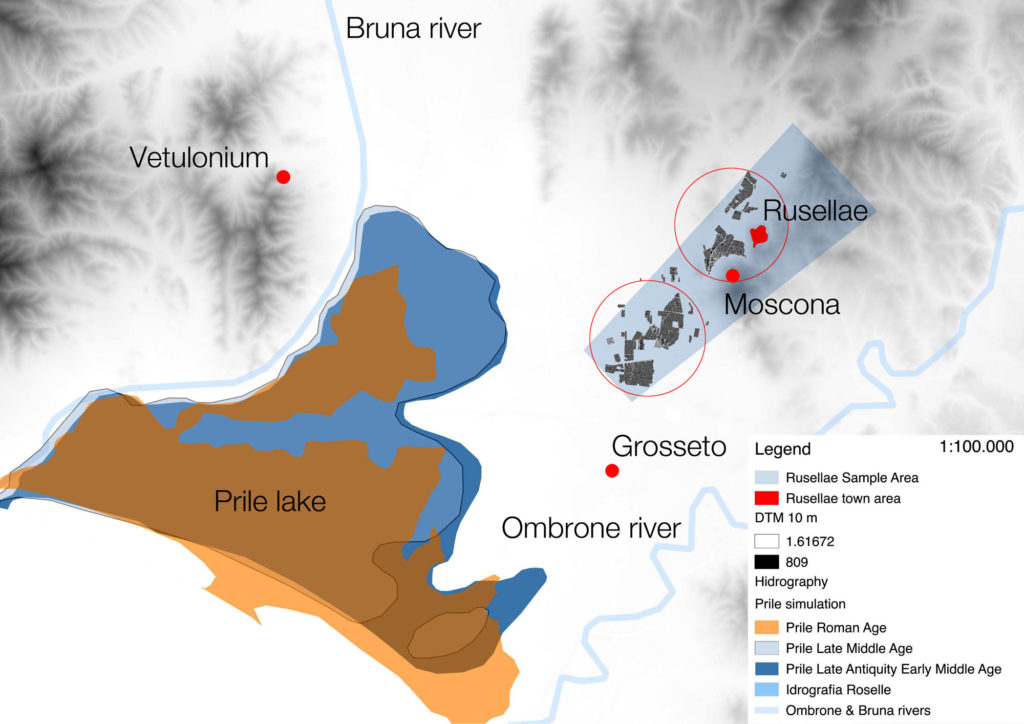